Perth would correspond to the combined production of Adelaide, Sydney, Moorabbin and Townsville airports.

Equipping airports with panels would by far exceed the generation capacity of individual households, even on a city-wide scale.

Perth and Jandakot are first and fourth on the list. Recognition:RMIT

The report’s authors took Bendigo, one of Victoria’s largest cities, as an example (Bendigo’s closest comparison in WA would be the smaller Bunbury).

They found that the airports together would generate ten times the electricity generated by all 17,000 solar panels in Bendigo.

Both Perth and Jandakot alone would generate twice the solar output of the entire city of Bendigo.

According to the report, airports require enormous amounts of energy for cooling and heating, including heating water. In the past, the approach had been a system of boilers and chillers that could themselves use as much energy as the power supply of a small town.

“Airports with decent solar systems could not only be self-sufficient, but also generate enough electricity to bring the surplus back into the grid,” said Dr. Sun, geoscientist at the RMIT School of Science.

Dr. Sun said airports are ideal for solar panels as they are not shaded by tall buildings or trees. Reflections would not be a problem as modern solar systems absorb sunlight rather than reflect it. There would also be minimal environmental or residential impacts.

With that in mind, the report states that at least 100 airports around the world have invested in solar energy, including in Denver, London, Kuala Lumpur and India. 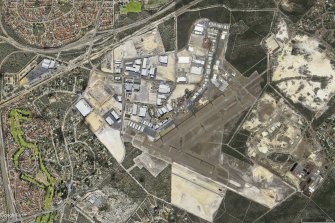 The only airport with solar panels on the actual roof is Adelaide, whose system cost $ 2.45 million and is expected to pay for itself within eight years of construction. 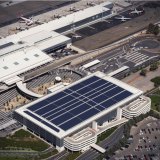 Australia also has more than 150 private airfields that panels could also be installed, said Dr. Sun.

Previous studies have classified airports as large solar generators, but RMIT research goes further by precisely modeling the use of large systems for policy makers.

“The cost of solar PV is falling, but many households still can’t afford it,” she said.

“Airport buildings have flat roofs, they are large buildings, installation is simple and on a large scale easier to install and maintain, and it uses much more electricity.

“Australia is facing an energy crisis, but our solar energy resources … are being wasted.”

Our Morning Edition newsletter is a curated guide to the most important and interesting stories, analysis, and insights. Sign up for The Sydney Morning Herald newsletter here, The Age’s here, Brisbane Times here, and WAtoday here.

Emma Young is a contemporary reporter focusing on environmental issues, urban planning, social justice, and the arts. She has won eight WA Media Awards, including the Matt Price Award for best columnist.

Home of the Week: On ranch-style property, solar panels follow the sun as the earth…