Peachtree Corners – the country’s first smart city environment powered by real-world infrastructure and next-generation connectivity – today unveiled the city’s new solar street system that generates power for a solar-powered EV charging station in City Hall. The installation was also the first street-surface solar panel to be activated in a city in the United States.

“To further strengthen Peachtree Corners’ leadership in adopting and developing the latest technology in a real world environment, we are delighted to have partnered with The Ray to install the first Wattway-made solar panels for road surfaces in the country in our own unique autonomous vehicle lane, ”said Brandon Branham, chief technology officer and assistant city manager, Peachtree Corners. “While this new form of 100 percent green, renewable energy begins with the power supply of an EV charging station, our vision is to supply more of the existing infrastructure in the city with off-grid power. We look forward to installing more panels, including sidewalks, bike paths and many more surfaces. “

“We’re excited to be installing a solar street for the first time in an American city,” said Harriet Anderson Langford, founder and president of The Ray. “Our entire organization, with the help of important corporate partners, strives to advance the future of transport infrastructure worldwide. We have had great success with roads and unused interstate priority roads to generate huge amounts of electricity for electric vehicles. Evidence of this technology in an environment like Peachtree Corners will help us further demonstrate its effectiveness while preparing for a larger scale implementation. “

The Ray was a 2018 Fast World’s “World Changing Ideas Award” finalist and was named one of The Weather Channel’s “Ten Best Ways to Save the Planet!”

For more information or to arrange a briefing with the city guides, please contact [email protected].

About the city of Peachtree Corners, Georgia

Peachtree Corners, Georgia is located on the Chattahoochee River and on the southwest corner of Gwinnett County in the metropolitan area of ​​Atlanta. It’s a vibrant community of more than 40,000 people and an innovation hub that is home to some of the world’s most disruptive technology companies. Peachtree Corners is the first smart city in the USA to be powered by a real networked infrastructure. It serves as a model of how government and the private sector can better work together to create a better future for society and the economy. From the world’s first fleet of teleoperated e-scooters, a fully autonomous shuttle used by actual residents, to a solar road to the largest electric vehicle charging center in the region, Peachtree Corners is the most pioneering Internet of Things (IoT). and sustainable technologies are brought to life for the benefit of people and the world. More information is available at http://www.peachtreecornersga.gov.

Via the Curiosity Lab in Peachtree Corners

The Ray is a testing ground for the evolving ideas and technologies that will transform the transportation infrastructure of the future with the mission of building a highway system with no carbon, no waste and no death. It begins with the 18-mile stretch of interstate named in memory of Ray C. Anderson (1934-2011), a native Georgian who became a captain of industry and was recognized as a leader in green business when he started his company Interface challenged. Inc. to achieve a zero environmental footprint. Chaired by Ray’s daughter Harriet Langford, The Ray is a revelation from the Ray C. Anderson Foundation. Learn more at http://www.theray.org.

USTMA, The Ray, and University of Missouri Announce Research Partnership 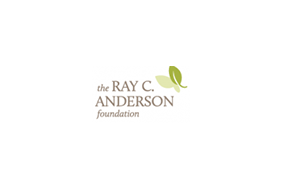 The Ray C. Anderson Foundation was established in honor of the late Ray C. Anderson (1934-2011), founder of Interface, Inc. While at Interface, Ray advocated the idea that companies do well by doing good. It is these noble traits to advance knowledge and innovation regarding environmental stewardship and sustainability that Ray recognized as a pioneer in industrial ecology.

The purpose of the foundation is to uphold these shared values ​​and carry on the legacy that Ray left behind. Through research and funding, the foundation aims to help create a better world for future generations – the child of tomorrow. Join in as the foundation’s history unfolds.