Researchers at UC Santa Cruz and UC Merced have proposed a “solar duct solution” to address water scarcity, energy needs and the state’s climate goals. In what they described as a “win-win” for water and climate in California, researchers explained the benefits of covering 4,000 miles of canals across California with solar panels, including promoting renewable energy development, water conservation and improvement the quality of the natural environment. The solution is suggested by Roger Bales (Distinguished Professor of Engineering, University of California, Merced) and Brandi McKuin (Postdoctoral Fellow in Environmental Studies, University of California, Santa Cruz).

Unsurprisingly, the initiative would generate massive amounts of electricity. The researchers estimate that the system could deliver 13 gigawatts of renewable energy, which is roughly half the new sources the state will need to add to meet its clean energy goals: 60% from carbon-free sources by 2030 and 100% from renewable sources Energies until 2045 The water flowing under the solar modules could also support the generation of energy, whereby the cooling effect increases the output and energy output of the modules by 3% compared to land-based modules.

In addition to generating energy, the researchers cite the conservation of water and land as the main advantage of the idea. Their study showed that covering all 4,000 miles of California’s canals with solar panels through reduced evaporation would save more than 65 billion gallons of water annually – enough to irrigate 50,000 acres of farmland or meet the water needs of over 2 million people. By concentrating the solar infrastructure on areas that are already in use, such as canals, the approach would also free up undeveloped land for other purposes, be it for residential, commercial, park or other infrastructures.

The idea could also have benefits for natural habitats and environments. The program would prevent more than 80,000 acres of farmland or natural habitats from being converted to solar farms – a major factor for a state that produces more than 50% of the fruits, nuts and vegetables consumed in the US. The initiative would also prevent habitat loss and avoid damage to desert bush plant communities, some of which are culturally important to local indigenous tribes. The researchers cite an example from 2012 to 2014, when the construction of the Genesis Solar Energy Center in the Sonora and Mojave deserts destroyed trails and burial sites and damaged important cultural artifacts. 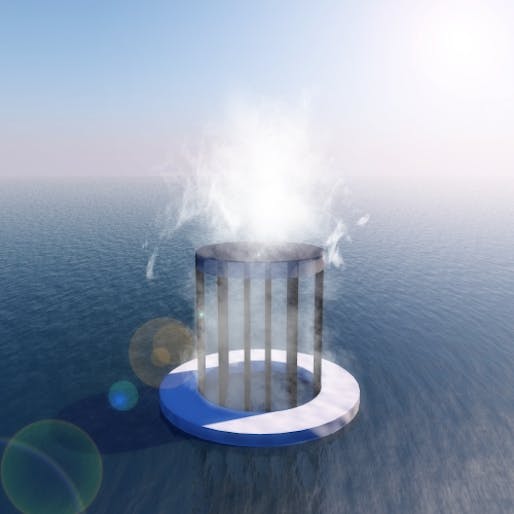 In conclusion, the researchers point to clean air as an advantage of their proposal. Solar energy could replace the high-emission diesel engines currently used to pump water through California’s agricultural valleys, while also providing charging stations for electric vehicles. The shade provided by the solar panels could also prevent the growth of aquatic weeds that restrict the flow of water through the canals. Herbicides and mechanical devices are currently used to control these weeds. A method that not only damages air quality and the environment, but is also expensive. The researchers estimate that shading the canals could save $ 40,000 per mile in preventing weed growth – the equivalent of an annual nationwide saving of $ 69 million.

The project would not be without precedent. In 2015, engineers in India spent $ 18 million building a canal-top solar power plant to help agriculture. Additional projects have now been commissioned, including a 25-mile system for $ 14 million. While scaling that cost across California’s 4,000 mile canals equates to $ 2.2 billion, actual costs can vary widely based on labor costs, material costs, and feasibility. While this is undoubtedly a large sum, that figure is still just 0.1% of the funding allocated in President Biden’s most recent national infrastructure plan.

“California’s aging energy infrastructure has contributed to catastrophic forest fires and multi-day outages,” say the researchers. “The construction of intelligent solar developments on canals and other disturbed areas can make the electricity and water infrastructure more resilient, save water, reduce costs and help combat climate change. We believe this is a model that should be considered across the country – and across the planet. “