Josh Silver wants to prove to PEI homeowners that there are ways to save energy and money by making their living spaces more efficient.

“I want to teach the public that it’s really important to be energy efficient with our homes,” said Silver, who is the learning manager in charge of the carpentry retrofit program at Holland College.

“I think everyone wants to save money, and I want to show that there is a very science-based method that you can use to get the most bang for your buck.”

Silver will take CBC PEI with him on his personal quest for improvement in his 12 year old Charlottetown home.

The home energy audit includes a fan door test that can be used to measure air leaks and even pinpoint the exact locations of leaks. (Danny Arsenault / CBC)

“I would suggest this house is very typical of the modern homes that have been built in the last decade or two,” said Silver.

“So I thought it would be a perfect opportunity to come to my house as I am doing these energy retrofits while we speak.”

Silver said he’ll do some of the tasks himself as the project progresses and show how others can, too. He will call in experts for other changes.

To start the process, Silver had an energy audit done at home.

“I think it’s the most important step in upgrading your home and I think unfortunately it’s often overlooked,” said Silver.

“So I want to make a good argument as to why you should do this.” 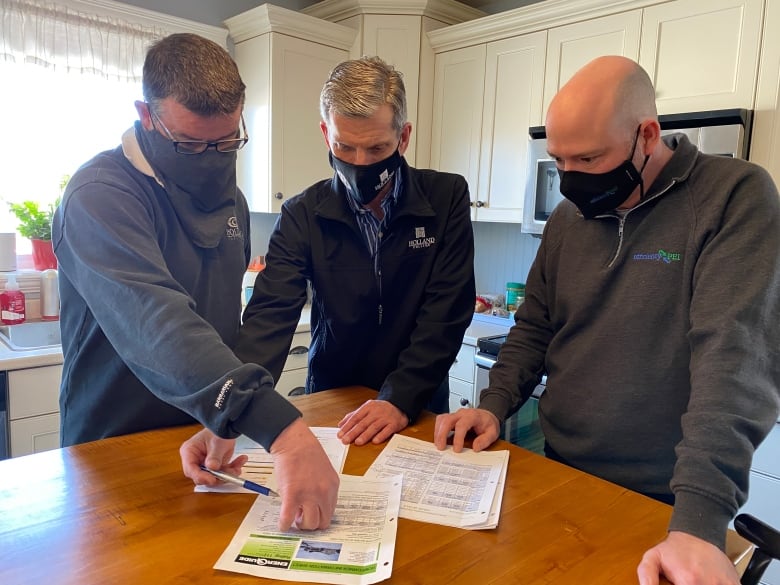 Josh Silver, shown with Andy Collier and Dave Glennie, describes the home energy audit as “the most important step in upgrading your home.” (Danny Arsenault / CBC)

According to Silver, energy audits can be booked through two providers on the island. Homeowners can plan to pay $ 99 plus HST with the remainder of the cost automatically covered by EfficiencyPEI.

According to EfficiencyPEI, the number of household energy audits across the island has increased in the past three years, both for existing homes and for new homes. 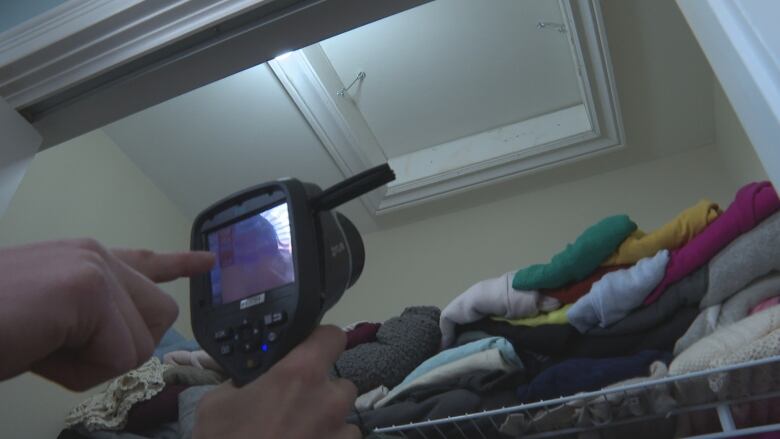 Collier said 153 audits have also been conducted for plans to build new homes on PEI in 2020, and he anticipates that number will continue to grow as with retrofits.

Many people don’t know how much energy is lost due to air leakage. You think about how much insulation you have.– Dave Glennie

“They’re heavily subsidized, very cheap, and worth every penny, so that’s what I did,” said Silver.

The energy audit that Silver performed included a fan door test designed to measure total air leakage and pinpoint the exact locations of leaks by bringing high-performance air into a house and tracking where it was going. 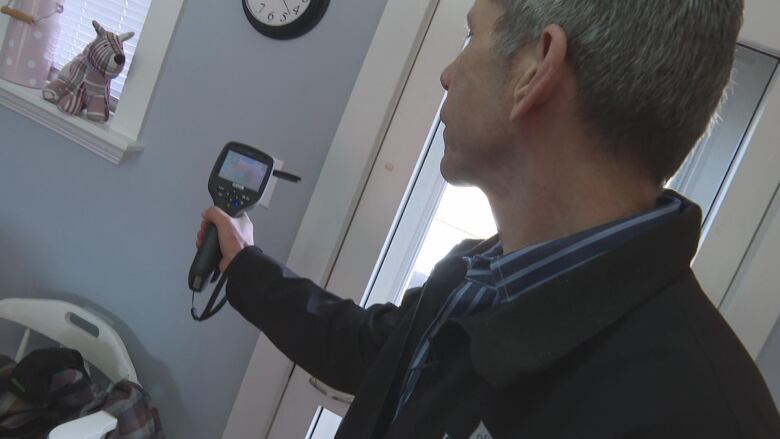 Glennie says up to a quarter of the energy lost in a home can be lost to air leakage, especially in an older home. (Danny Arsenault / CBC)

“A lot of people don’t know how much energy is lost through air leakage. They think about how much insulation you have,” said Dave Glennie, learning manager at Holland College’s Energy Systems Engineering Technology Program.

“Up to a quarter of the energy lost in a home can be lost to air leakage, especially in an older home.”

Silver said at the end of the series that he would be able to share exactly how much he was spending and how much money he was saving now.

Later this month: Josh Silver tackles his first upgrade job after seeing the results of his energy audit.

Here’s the purpose and process of a home energy audit

Hamilton will design home energy retrofit program, if it gets funding